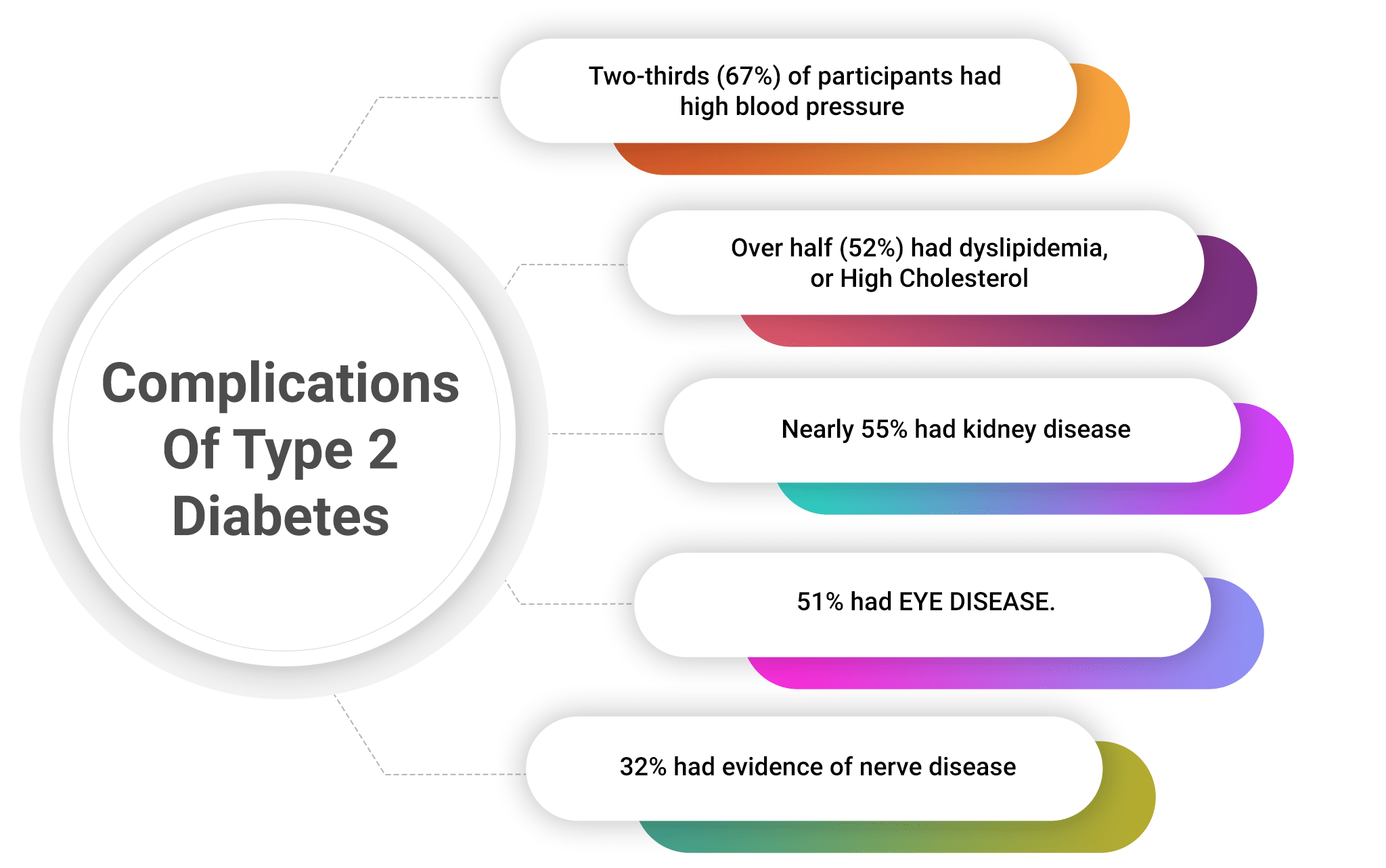 Phil Zeitler, MD, PhD, has been treating kids with type 2 diabetes for more than 20 years. He and a team of researchers published a paper in the TODAY2 Study in the New England Journal of Medicine on the long-term complications of type 2 diabetes. (TODAY stands for Treatment Options for type 2 Diabetes in Adolescents and Youth). The first phase of the study took place from 2004 — 2011; phase two from 2011 — 2020. Both studies involved more than 550 participants from across the country.

In addition, certain participants had a higher likelihood to develop multiple complications over time, with 28% developing two or more over the follow-up period. Participants who belonged to a minority racial or ethnic group, or who had high blood glucose, high blood pressure, and dyslipidemia were at higher risk for developing a complication.

The study shows that not only is the disease having an impact on youth and young adults, it also shows a clustering of complications. 80 percent of participants had some complication. The majority had two, three or more complications.

“It is really critical for governments, policymakers, and healthcare systems to be prepared for what this means in terms of healthcare usage; loss of productivity years; loss of life; impact on families; unemployment; as well direct costs — a lot of money will be spent on these kids through dialysis, medications, cardiac bypass and more,” Zeitler says.

When asked what he wants people to know about the disease, Zeitler says, “This is not grandma’s type 2 diabetes.”

He explains, “Youth-onset type 2 diabetes is associated with an accumulation of diabetes-related complications such as eye disease, kidney disease, nerve disease and other co-morbidities like strokes, heart disease, amputations — and this is occurring at least as rapidly as in adults. Potentially more rapidly.”

And as unimaginable as it may seem, teens diagnosed with the disease, and who have lived with it for 10-12 years, have suffered strokes, kidney failure, heart attacks, toe and foot amputations — all while in their 20s.

The initial TODAY study was designed to look at the best treatment approaches: 1) metformin or 2) metformin plus rosiglitazone or 3) metformin plus a lifestyle intervention. Researchers followed the youth to determine the time to loss of glycemic control in participants who had onset of type 2 diabetes in youth. Glycemic control is a medical term referring to the optimal levels of blood sugar (glucose) in a person with diabetes mellitus.

At the time the study began in 2004, type 2 diabetes was a recently recognized problem in adolescents.

“Even at that time, it was recognized that it [type 2 diabetes] seemed to be more aggressive in kids,” Zeitler says. “Since they are going to live with it longer, we want good [glycemic] control as early as possible.”

Researchers found that therapy with metformin alone was associated with durable glycemic control in only half of children and adolescents with type 2 diabetes. The addition of a second pharmacologic agent, but not an intensive lifestyle intervention, was superior to metformin alone. Researchers found that it was very difficult for participants to change their lifestyles; many lived in very challenging home environments.

In 2012, the New England Journal of Medicine published the results of the initial study, which is considered a landmark in youth-onset type 2 diabetes. The guidelines that currently exist for the management of type 2 in youth are based on the results.

“The study was so foundational that it immediately translated into treatment recommendations,” says Ronald Sokol, MD, director of the Colorado Clinical and Translational Science Institute (CCTSI). The CCTSI’s pediatric Clinical Translational Research Center at Children’s Hospital Colorado was crucial to the operation of these two studies that lasted 15 years.

The next step is to put together a new cohort of younger children to understand who gets type 2 diabetes to develop targeted interventions. Zeitler says, “If we want to do any kind of prevention, we need to have a better idea of who is at risk.”

previousWhat are the Advantages of Free Form Progressive Lenses

nextWho needs a calculator when you’ve got pupils? How your eyes detect quantities